﻿ 2019: Corporate Purpose: What Should Be The Reason For Being? – Sarkovas Propósitos Corporativos

2019: Corporate Purpose: What Should Be The Reason For Being?

Why is “corporate purpose” becoming so important to modern business management? And what is it all about, anyway?

There exist dozens of definitions proffered by academics, executives, and company founders, which can be grouped into two groups.

The first one highlights the social character of organizations. The assumption is that the ultimate goal of a company is not only to attract and serve customers by providing profit for its shareholders, but also generating positive impact on society, besides employing people and paying taxes.

Examples of this approach are formulations such as “purpose is the statement of a moral response to its broadly defined responsibilities, not an amoral plan for exploiting commercial opportunity.” (Christopher Bartlett & Sumantra Ghoshal, 1994), or “something that is perceived as producing a social benefit over and above the tangible payoff that is shared by the principal and the agent ”(Robert Quinn & Anjan Thakor, 2013).

The other group sees concepts that simply define corporate purpose as “the raison d’être of organizations.” They assume that companies must be guided by the “why” to generate meaning for their internal bodies and guide strategic decisions of senior management and shareholders, avoiding pitfalls in destroying future value inherent in the pursuit of maximizing profit today.

Many academic definitions have this understanding. But perhaps the latest and greatest example is found in “Letter to CEOs 2019” by Larry Fink, President and CEO of BlackRock, the world’s largest financial management company, with US$ 6.5 trillion in assets: “Purpose is a company’s fundamental reason for being – what it does every day to create value for its stakeholders. It’s not the sole pursuit of profits but the animating force for achieving them.”

This precept is not new. More than two decades ago, in a 1994 article in Harvard Business Review, Bartlett & Ghoshal published “Changing the Role of Top Management: Beyond Strategy to Purpose.” They advocated changing from the “old doctrine of strategy, structure, and systems” to “a softer, more organic model built on the development of purpose, process, and people.” In this model, the primary role of top management is not to set strategy, but instead to instill a common sense of purpose.

While there is some disagreement on what is purpose, there is convergence of its main predicates:

Such a set of benefits is only obtained when the purpose is genuine and real, materialized in the company’s products and attitudes, such as these well-known examples:

Those who read these statements and are familiar with the companies know that they are actually delivering the goods. These are not just empty words. These are summaries of corporate purposes that shape businesses, engage teams, drive innovation, deliver value to customers, and are recognized throughout the relationship chain.

Purposes do exist, even if not formalized, when a set of held and shared beliefs guide the actions of companies. These beliefs, mostly, are legacies of the founders of organizations rooted in the perception of value of customers and other audiences.

“Why We Exist” and “What a Difference We Can Make in the World” are the two key questions for revealing and formulating a corporate purpose that is credible and mobilizing only if it is recognized by people – starting with the internal audience, the main builder and communicator of brand attributes. Therefore, the statement of corporate purpose must be simple, clear and tangible.

A good example is fintech Nubank, launched in 2013 “to fight complexity to empower people”. It simplified and streamlined several financial services, and its client base reached 5.9 million in 2018. It received new investor contributions, surpassing the US$1 billion valuation mark, becoming a new Brazilian “unicorn”.

Startups demonstrate the power of a reason for being focused on making a difference. As a rule, they are created to meet latent market demand by applying innovations that simplify, reduce costs, solve problems and/or improve user experiences.

It can be concluded that the purpose of a company exists when its raison d’être is the driving force of value generation, without necessarily spelling out its social objectives. But one may also expect that the dichotomy between the two conceptual groups tend to disappear.

Issues such as social inequity, global warming, tolerance and collaboration, gender freedom, healthy living, waste and pollution, among many others, mobilize contemporary society, especially the younger generations. Even the rise of politicians attacking these causes around the world, including in Brazil, forces companies to position themselves. These are topics that influence public perception and affect evaluation by the market. It is impossible to not to act.

Walmart is a good example. Samuel Walton opened his first store in 1962 with a simple idea: to sell more for less. With its purpose of “saving people money so they can live better”, it has become the world’s largest retailer. Today there are 11,200 stores in 27 countries, employing over 2.2 million people and generating revenue of US$500.3 billion in 2018.

In 2005, with society’s changing perception of the environment, Walmart’s then-global CEO Lee Scott, understood that the company could not ignore the issue. Consistent with the company’s creed, a program was initiated to reduce waste, use renewable energy and sell products that “sustain people and the environment”. Since then, the company has doubled the efficiency of its trucking fleet; converted almost a third of its energy sources to renewables; and recycles or reuses 78% of its global waste. And, in strict alignment with its purpose, it has implemented a regular scorecard program with its supply chain to make sustainable products increasingly less expensive for consumers.

Walmart’s choice demonstrates that a solid bridge between corporate purpose and social benefit is the “Creating Shared Value” concept, launched by Michael Porter and Mark Kramer in 2011, also in the Harvard Business Review. It is defined as “policies and operating practices that enhance the competitiveness of a company (…) identifying and expanding the connections between societal and economic progress.”

The Brazilian company Natura is an extraordinary and pioneering example of the viability of the model. For the 2000 launch of its flagship Ekos line, which incorporates assets from Brazilian biodiversity, the company researched, selected and organized a network of suppliers in Amazonian communities in order to sustainably extract plant ingredients. With this, it created new sources of income for those who preserve the standing forest and has incorporated into its portfolio highly successful commercial products that bring to life the brand’s purpose for its consumers. Since then, it has expanded its sustainable investments in the Amazon, including an industrial ecopark, generating R$1.5 billion in business over the past seven years.

The relationship between purpose and shared value gained new ground in August of this year. Business Roundtable – an institution that brings together the CEOs of top U.S. companies with a combined 15 million employees and $7 trillion in annual revenue – announced a new Statement on the Purpose of a Corporation, pledging to benefit all stakeholders – customers, employees, suppliers, communities – together with shareholders. The document is signed by 181 leaders from companies like 3M, Amazon, Apple, Bayer, Boeing, Coca-Cola, Ford, GE and IBM. “Creating long-term value for all stakeholders” is the most common phrase among the statements of the individual signatories.

Reacting to the initiative with its classically liberal approach, The Economist magazine published a cover story considering that “however well-meaning, this new form of collective capitalism will end up doing more harm than good” because as it compromises maximizing efficiency, “it is a threat to long-term prosperity.” It considers that companies have no mandate to pursue strictly social solutions and, by assuming this responsibility, will also affect their greatest virtue: dynamism. Correctly, the piece recalls that large corporations considered to be socially exemplary have already succumbed due to inefficiency and outdated practices, causing much more extensive social damage.

In essence, this approach was consecrated by Milton Friedman, in the anthological article “The Social Responsibility of Business Is to Increase Its Profits,” published in the New York Times Magazine in 1970. Almost 50 years later, economists Oliver Hart (2016 Nobel Prize Winner) and Luigi Zingales published the article “Companies Should Maximize Shareholder Welfare Not Market Value” in the Journal of Law, Finance, and Accounting, in 2017. Without contradicting Friedman, they propose that his concept of “shareholder value” focused on maximizing profit should evolves into “shareholder welfare”, assuming that many corporate shareholders no longer want financial returns at any price but instead aligned with an environmental and/or social ethic.

The fact is that the legitimacy of the business world is caught in the crosshairs of society. The market economy generates wealth, prosperity and innovation; it increases productivity, reduces prices and expands access and diversity of products and services. But it is increasingly challenged by an increase in income concentration, social inequality and the risk of environmental collapse, all issues as serious as undeniable.

It is important to consider that people are now empowered to exert unprecedented local and global pressure on organizations never before seen, with an arsenal of means of information, expression and engagement.

For all these reasons, we are today experiencing a profusion of concepts, initiatives and new models that seek to reduce externalities and expand the benefits and beneficiaries of business activity: Circular Economy, Collaborative Economy, Conscious Capitalism, Regenerative Companies, among other examples.

On an advanced front are the B Corporations, recognized for completing an independent certification process that assesses the social and environmental impact on both the business chain and model. These are Patagonia and Danone in the U.S. and Natura and Mãe Terra in Brazil. And at the extreme of this movement are the Social Impact Companies, which are launched to generate profits, providing scalable solutions to specific social problems.

It is telling that The Economist’s own business section systematically addresses the emergence of new forms of capitalism and the impact of climate change on the market. These are its main axes within this sector, in addition to the return of geopolitical interference in business.

In sum: corporate purpose is not a slogan, nor philanthropy, but instead a synthesis of an organization’s fundamental beliefs that lays out why it exists and what difference it wants to make in the world. It builds culture and defines strategies and innovation, it develops through its processes; it must be recognized from within the organization and be very tangible for its customers.

Making it social intentions explicit or not, the purpose will inevitably define how the organization will share increasing value to varying degrees with its entire relationship chain, because this is the new normal of capitalism. 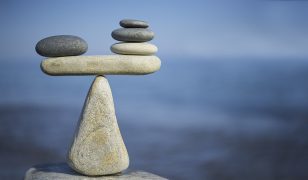 2021: The Corporate Responsibility for Democracy

2020: Business Leaders for a New Economy